I was born in the harbor district of the city of Amsterdam, at home, attended by a midwife. In post-war Holland, housing was tight and my newly-wed parents were living in a spare room at my grandparents’ place. It was a company-owned apartment, located just a few feet from the waterfront, on the property of a large merchant shipping company where my grandfather worked. / 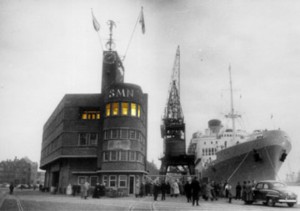 The sound of water was there from the very beginning. As were the ancient sounds and mystical aromas of world commerce. 1950’s merchant ships still carried goods in open cargo holds, on open pallets, packaged in burlap sacks and giant wicker baskets. The smells of cotton, rubber, bananas, cocoanut, hemp, spices, grains and foods permeated everything, night and day. It was a sensory feast to inspire a young imagination.

Many of the crew on Dutch freighters were from Indonesia. When ships docked in Amsterdam, the Indonesians stayed in large company-owned dormitories located next door. Not speaking any Dutch and being in a foreign country, they kept to themselves and engaged in traditional pastimes, including kite making. And they made magnificent kites. Brightly colored dragons and serpents that filled the sky. 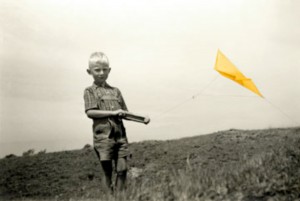 Set against Amsterdam’s harbor district, with gray skies and rainy weather, this was a feast for my young eyes. The men spoke a language I did not understand. But I was fascinated by their gold-capped teeth, bloodshot eyes and, of course, their kite-making.

In time, I learned to build my own simple kites.

Both of my grandparents were influential in making music available to me. When I was 4 or 5, my grandmother gave me access to her small, but precious classical record collection. The first recordings I fell in love with were Mendelssohn’s Violin Concerto in E minor and his Piano Concerto #1 in G minor. I played them endlessly, until I could “conduct” them by heart. A few years later, after my family had moved to America, I continued to explore music by learning to play the violin. I later settled on the piano as my main instrument. As my studies became more serious, my grandmother convinced my grandfather to buy me a Steinway baby grand piano. This was a magical instrument that inspired me for many years.

Soon after graduating from high school, I left Southern California and wandered around Europe for several years. I soon felt restless not having a musical instrument around. The downside of the piano is that it is not exactly portable. So I bought my first guitar – an inexpensive, plywood, German-made Framus.////////////////// 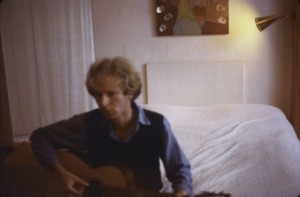 While hitchhiking around the continent with this indestructable instrument and a simple beginner’s guitar chord chart, I managed to teach myself how to play. Since I had only received training in classical music up to that point, I didn’t know any popular music to speak of. So I began to invent my own.

When I was five or six years old, Robbie, my neighbor and friend of the same age, challenged me to an adventure that broke every rule in my parents’ rule book. On a dare, I followed him across the street and beyond the perimeter of the housing tract we lived in and into adjoining farm land. We rode our tricycles over roads that traced the surrounding pastures and farms. 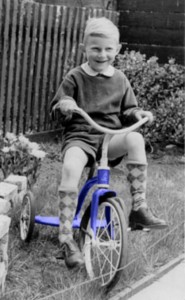 He showed off, racing his tricycle down a steeply sloping river bank, turning at the last minute to keep from skidding into the water. Without hesitating, I followed his dare and plunged headfirst into the murky canal. The embankment at the water’s edge was cut vertical and offered me nothing to hold on to as I struggled to keep myself above water. I was only able to grasp a few fists full of grass and weeds that pulled easily out of the wet soil. I kept falling backwards ever deeper into the water. My winter clothes, rapidly soaking up the frigid water, were pulling me down. I was losing this sudden life-and-death battle for the surface and for air.

About a hundred yards down the road, a group of nuns out for a walk had witnessed my short ride into the water and were now running to come to my rescue. Owing to the steep incline of the riverbank and the sheer drop at water’s edge, they had to link arms to form a human chain permitting the last nun on the chain to stretch out horizontally over the water and pluck me out. I was losing consciousness by then and came to, lying on my back, on the road, surrounded by a circle of nuns staring down at me.

A few years later, after my family had moved to Southern California, my mother enrolled me in a swimming class taught by Olympic Gold Medalist Greta Anderson. Mom knew that I needed a pretty good teacher to overcome my understandable fear of the water. The lessons accomplished this and more. I soon learned to swim at a junior competitive level, scooting through the water like an otter. 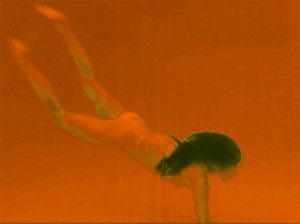 Twenty years later, on a hot summer afternoon with an orange, smog-induced sunset on the horizon, I was in a friend’s backyard pool high up in the Santa Monica Mountains. That’s when I wrote “The Swimming Pool.” (If the player is not displayed below, you can click here to listen to “The Swimming Pool.”)